I wont go into further details about the crumble itself since this post is not about the dish but the things that went into it. 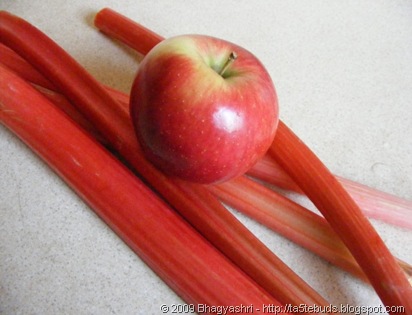 Yes, it was a Rhubarb & Apple crumble. I had taken this pic with all the intent of posting it along with the recipe, but as mentioned earlier, it was not meant to be. Or rather it was actually meant to be, so this pic makes an appearance on the blog after all as my entry for the comeback edition of CLICK this month, the theme being RED.

Now that I have a little more (?) experience with baking, maybe I should give the crumble another attempt....